The project is part of the [Kulturserver-Partnernetzwerks]http://ggmbh.kulturserver.de/de_DE/partners . Please enter your personal data here because they are the basis of our contact with you, in case you have any problems or questions.

Our thanks for providing the gear goes to Seeyourent, A Prima Vista, Canon, Sony, Cineready and the AG DOK colleagues of 5R Filmproduktion.

Sony FX9 and Canon C500II are not successors of FS7 and C300II, but FF alternatives to the S-35 models that remain on the market. The FS7II is still produced by Sony, and after our tests Canon has launched the C300III as the successor of the C300II. The Mavo LF and Panasonic EVA1 are still the most modern models in the entry-level production camera segment.

SETUP
In this test we came back to the already tested studio setup with the Arri HMI M18 and softbox as a guide with a weak brightening by styro of the shady side. We used Zeiss Supreme Primes in 50 or 35mm for the full format or S35 sensors. Schneider Kreuznach IR-Cut gray filters in 0.6, 1.2 and 1.8 provided the right amount of light. To ensure that possible color shifts are the same for all cameras, we did not use the internal ND filters, which some, but unfortunately not all cameras have.

0, +1, +2 exposures were shot with the .6 ND and were therefore IR filtered. For the stronger exposures we removed the ND, hence the red cast from +3, IR contamination of the HMI.

Underexposures from -1 on we created with the 1.2ND and from -3 on with the 1.8 ND. The 1.2ND causes a yellow tint and the 1.8ND seems to be responsible for a tendency to green in some cameras.

The contrast ratio was 1:22 (shadow side 4.5 f-stops darker than the leading side). 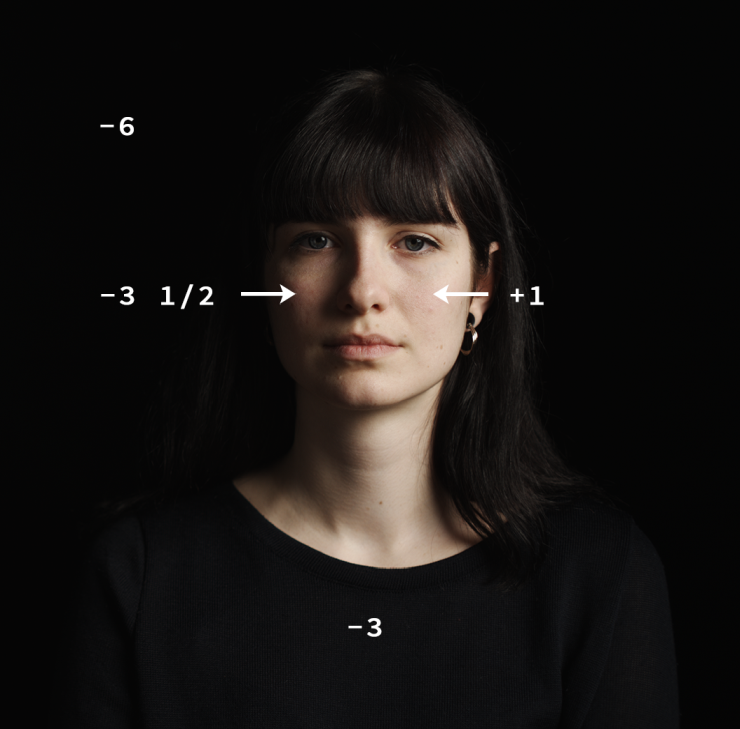 VIDEOS
We shot a series of over 13 f-stop at native ISO. In addition, we realized ISO-compensated underexposures with higher dual native ISO, if available.

[ISO compensation: amplification of the signal per ISO from underexposures to the level of +-0].

Usually we used the best codec, except for the Ursa, which we accidentally shot directly in UHD. Master format was UHD. The 1 to 1 pixel representations are based on this format so that the face of our model is shown in the same size.

Codecs used in the test: 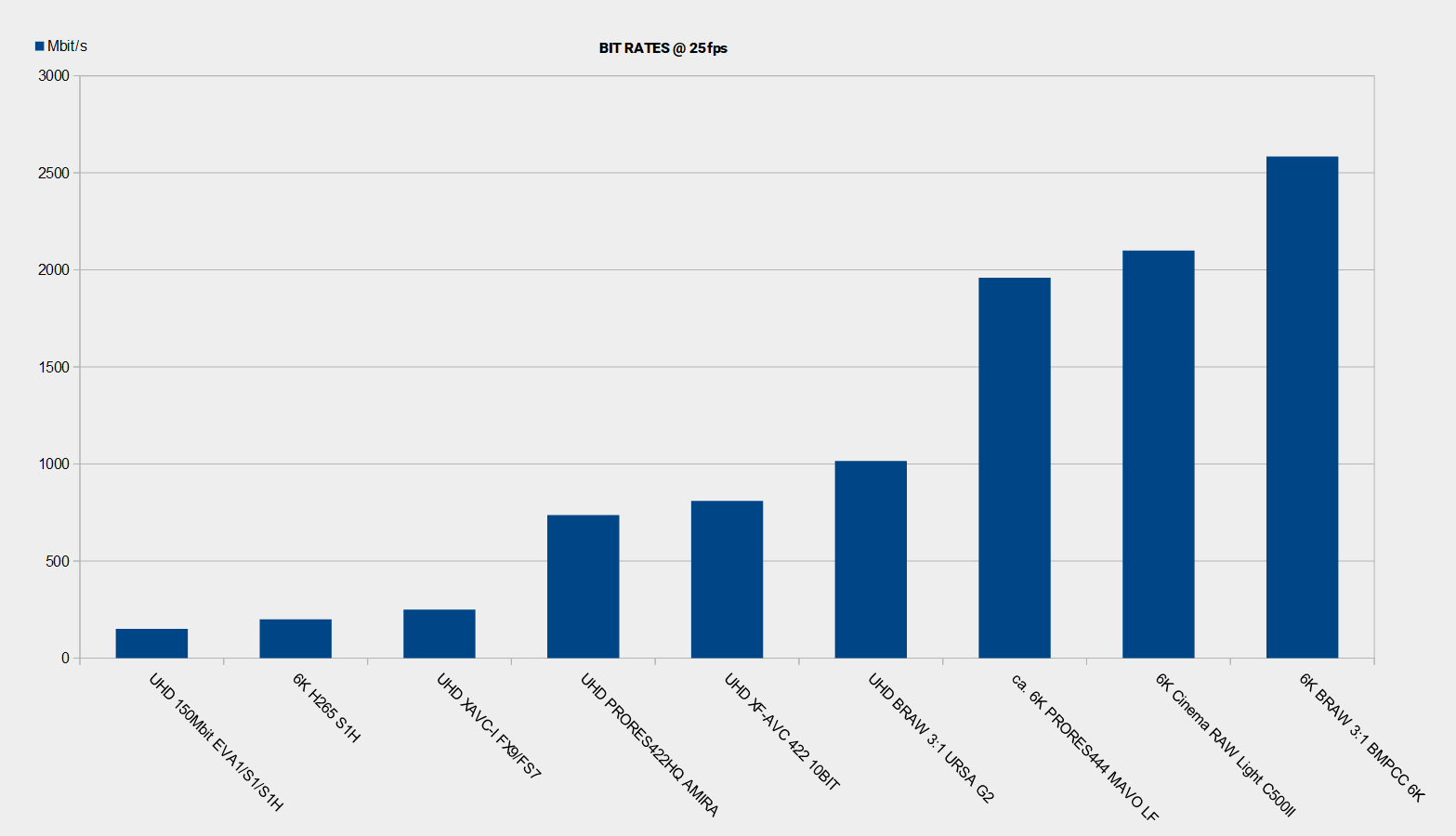 The Mavo LF still offers the best performance in low light. Its handling is a bit difficult to get used to, but the camera seems to work reliably even under adverse conditions (after experience in the team). It was tested here again, as the 2019 test with the Sigma Cine Primes and DNG-RAW showed strong aliasing. However, in this test with Prores4444 recording and 6K we could not observe this artifact any more. The development of the DNG recording is not yet finished.

Sony FS7II clearly falls behind. The comparable EVA1 remains the more modern alternative. Also in the S35 segment, the Amira still shows its superior dynamic range and convincing color reproduction. It has at least two f-stops more dynamic range than the other cameras. Even the latest FX9 and C500II full-format cameras are still unable to catch up here, despite the sensor development of the last ten years in Japan.

With the higher native ISO of 4000, the FX9 offers better low-light images with less noise than FS7. Further ISO levels do not amplify the image signal in Cine-EI mode, but only affect the viewfinder image. The autofocus works very reliably in clearly defined situations when the face is clearly visible, e.g. for interviews or when someone walks towards the camera. However, when the camera is moving in documentary situations, despite various menu options, you cannot rely on the camera to select the correct plane of focus, here this can only be used to support manual focus adjustment. Disappointingly, the autofocus does not work in S+Q mode (SloMo). From the ergonomics, operation and menu navigation, the relationship to the FS7 is obvious. Fortunately, there are TC and genlock inputs on the housing, so that the purchase of the Extension Unit is not absolutely necessary for professional work. The old XAVC-I codec, known from the FS7, has a limiting effect. Striking is the yellowish tone of the FX9 (with s709 LUT) and its relatively soft picture.

Both Sony and Panasonic generally have a somewhat casual approach to LUTs. Panasonic offers a "Varicam LUT", which hasn't been changed for years and is also used for EVA1, S1H and even S1, although different sensors have been installed here. So even Sony's 709 LUT, originally offered for the Venice, doesn't seem ideal for the FX9.

It looks as if the developers are giving up on the last few meters here. It also remains unclear how the colors were intended by the engineers, or if at all, beyond the technical parameters of the sensor, individual aesthetics play a role. Arri has been using the same sensor since 2010, and can afford to use practically the same LUT.

The C500II shows a particularly sharp image with good exposure, but loses detail with increasing underexposure. Canon's "Light-RAW" codec generates a strong, coloured noise, reminiscent of the C200 and C700 images. Canon doesn't specify a native ISO for the camera, we chose 800 ISO because Canon recommends 800 ISO at log-gamma "to obtain the recommended Dynamic Range" (400 ISO at HLG or Wide DR, 160 ISO at Rec709). The autofocus works reliably once you understand the complicated menu navigation in this regard, helped by the fact that you can select the focal plane via touch screen. However, this requires not using the viewfinder screen with an eyepiece as the viewfinder, which is limited by the fact that it is not possible to connect the Canon monitor and the Canon viewfinder at the same time, though a 3rd party one. The developers are working on this problem.

By keeping the well-known ergonomics, operation and menu navigation of the C300/C500 series, the switch is uncomplicated for Canon users. The sound inputs are integrated in the housing. This allows the camera to be made more compact after removing the handle. In contrast to the previous models, the camera is equipped with an interchangeable mount. You are no longer limited to EF-mount lenses, but can now take advantage of the wide range of lenses with PL-mount.

The Blackmagic Pocket CC 6K competes with the older and more expensive Ursa G2 from the same company. This latest Pocket is more sparsely equipped than the Ursa, but pleases with a slightly improved dynamic range and, thanks to its dual native ISO, copes much better with low light situations. The Ursa also shows a clear drift into the green in the shadows.

The two DSLMs Panasonic S1 and S1H represent the best entry into full format videography. The slightly larger S1H offers more professional features in terms of filming and a much wider range of recording formats (also in 10Bit and slow motion), the popular fold-out display does not conflict with cable routing and has a time code input. In UHD the pictures differ only in sharpness. With its low-pass filter (to suppress aliasing/moiré) the S1H draws a slightly softer picture than the S1. However, two team members have not been able to detect aliasing in their work with the S1 so far. In 6k mode, however, the S1H is sharper than the S1.

In low light, the performance of the S1/S1H is hardly inferior to the Mavo LF. But the Mavo LF offers more resolution, even than the S1H in 6k. The reason for the difference will partly be the codec: Prores4444 with almost 2GBit/s of the Mavo LF compared to the 200Mbit/s h265 of the S1H. An S1 or S1H with an external recorder would be an interesting retest. In our tests the 400Mbit UHD codec did not offer any advantage over the 150 so far.

An S1 or S1H with external recorder would be an interesting setting for a further test. In fact, a new firmware from May 2020 should also enable external recording in RAW in connection with the Atomos Ninja V Recorder. Thus the camera closes the gap to professional LF cameras in technical terms and extends its range of application.

Overall, S1 embodies the best ratio of image quality and price and is suitable for free camera work with its sensor stabilizer. The GH5, especially with focal reducer, is still the cheaper and lighter alternative, with known limitations due to the much smaller sensor. This is reflected in lower dynamic range and a poorer performance in low light. Eva1, S1, S1H, GH5, GH5s owe their attractiveness among other things to the efficient 10bit 422 150Mbit-h264-based codec, which we have already praised in the past.

The Fuji XT3 in the same price range, with a slightly larger APS-C sensor, pleases with good colors in sufficient exposure, but records with a edit-unfriendly 265/HEVC codec that requires hardware decoding. Similarly compressed is the 6K h265 200Mbit codec of the S1H. 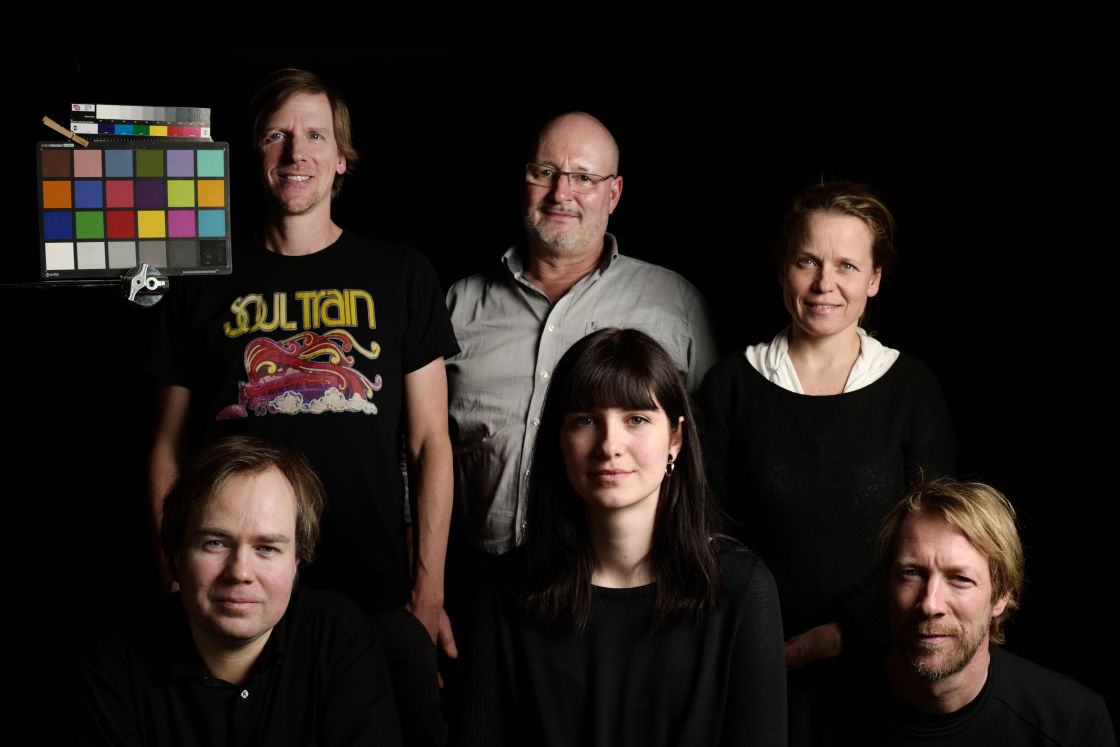 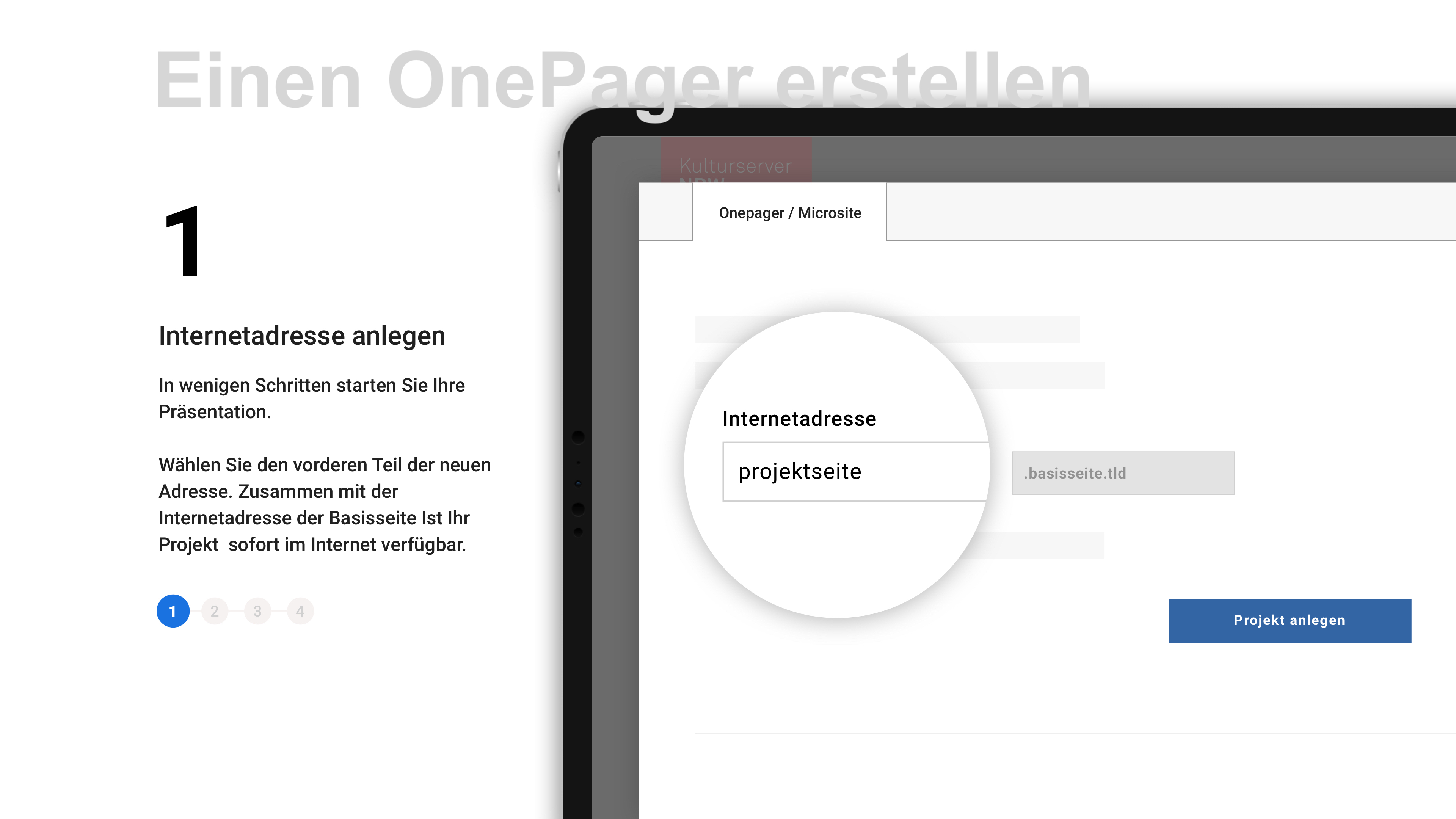 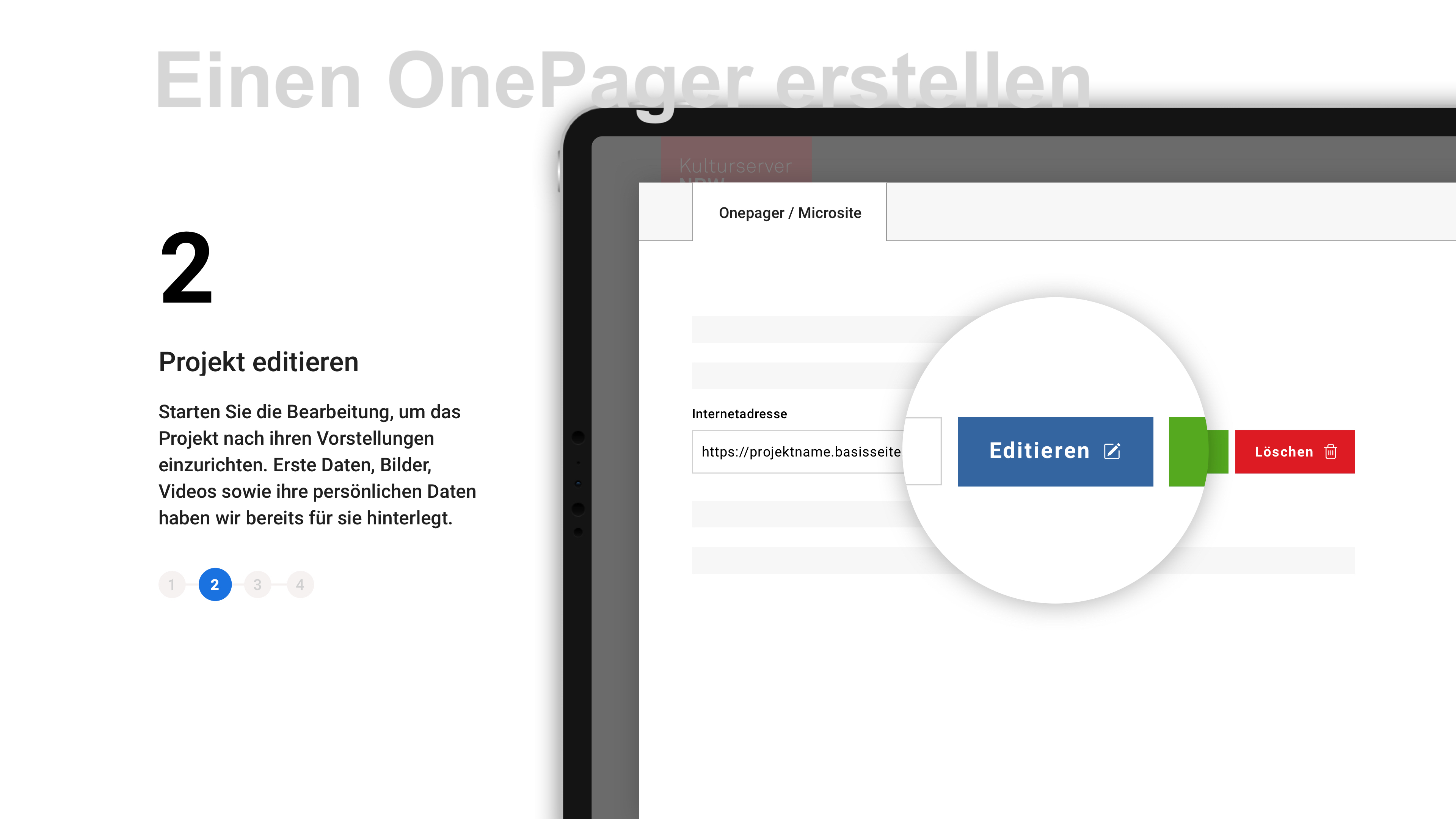 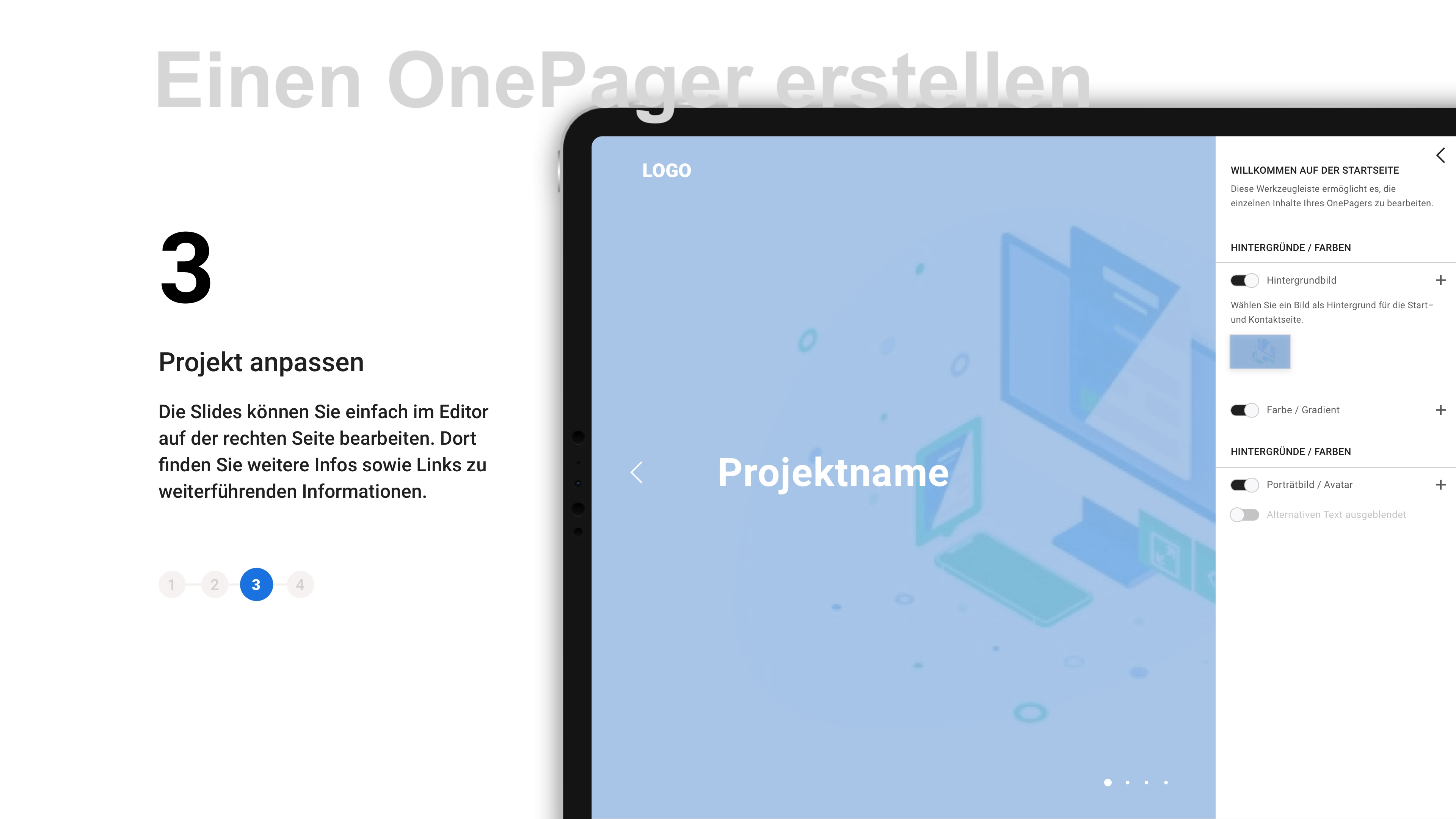